We are first in line

– when it comes to structural engineering and line planning.

Full steam ahead for your rail projects

Our experts ensure that everything runs on well-oiled rails.

We are full of energy

- when it comes to expanding your networks or making it smarter.

Fit for the future of a networked society

Our brand EQOS Energie stands for the electrification of networks. We ensure that energy is transmitted to the people by reliably planning and constructing power grids. Furthermore, we are rendering the basic infrastructure performant for the energy transformation – with new construction and remodelling projects, we are successfully bringing power generation systems up to the state of the art of technology. There is no question that one of the most environmentally friendly means of transportation is railway traffic, which will be expanded over the next few years.

to the newest releases

Let our previous work convince you! In our references you will find a number of projects that we have completed to the full satisfaction of our customers. 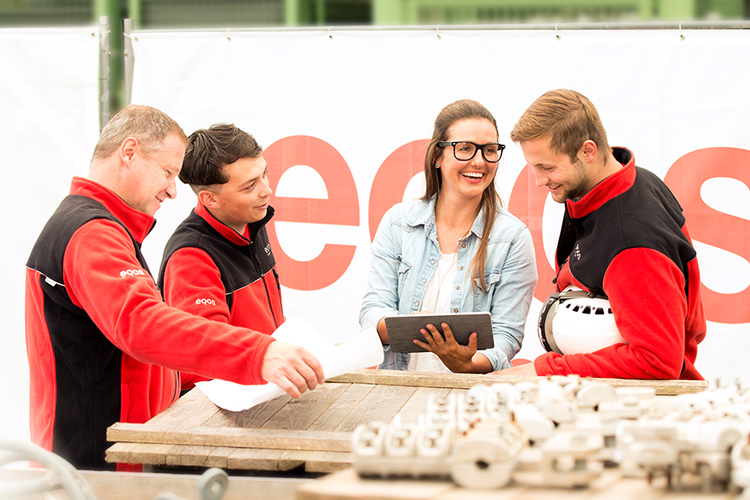 Find the best job at EQOS!

The everyday work of our colleagues

In the past, Viola’s responsibilities as a human resources specialist at Bilfinger FRB meant she primarily worked alone. Ever since she became team leader for payroll accounting at EQOS Energie, she has not only had comprehensive staff responsibility but also an entirely new kind of support from the team.

After her degree program in business administration, Karla started her recruiting career at a human resources consulting firm. Several years after having supported various clients in their recruitment efforts, she wanted to change her focus: With her change to EQOS Energie, she is now assisting only one company, but she is fully in charge of recruitment. Thanks to her comprehensive experience and professionalism, she now helps the specialist departments in finding suitable new colleagues for their teams.

Would you like more details, literature or an offer?